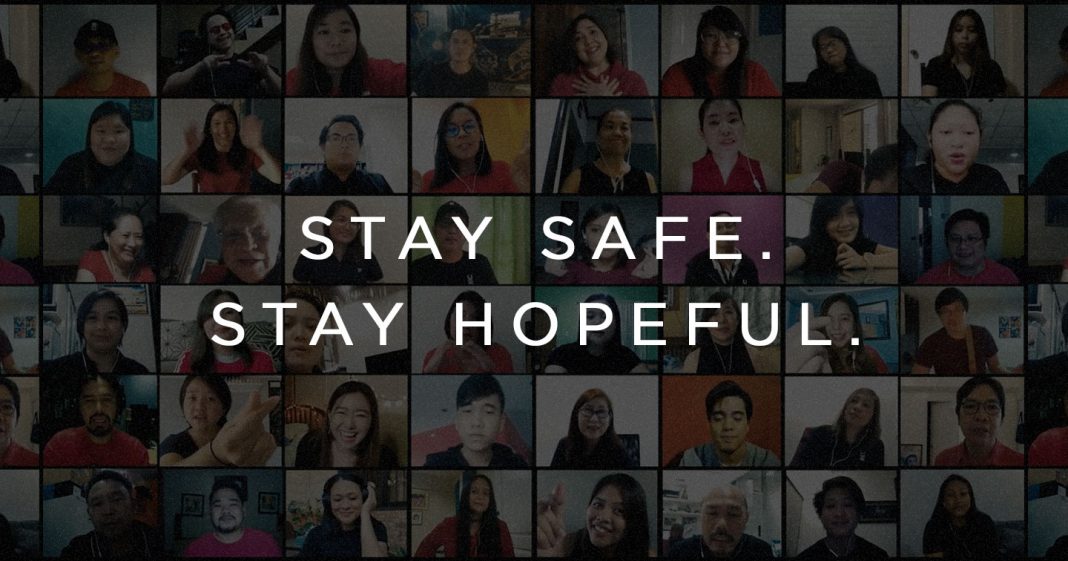 MANILA, PHILIPPINES — On May 31, UXS Unitel Straightshooters (UxS) posted a video entitled “UxStronger Together 2020,” which features their management team and employees singing to the same song.

adobo magazine caught up with UxS President and CEO Madonna Tarrayo to talk about the making of the music video, as well as a recent campaign launched by the production company, which featured K-drama actor Hyun Bin.

What sparked the idea for the video?

This was the idea of our VP for Client Services and Production Head Grace Quisias. Grace has been actively organizing office events for certain actions. With the kind of work, we do, there are times when you forget that this can’t be just all business. 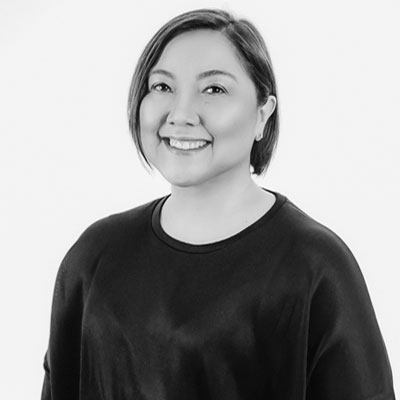 Our people, being the strength of the company, need activities that can bring out their creative and fun personalities. Also, these bonding moments usually strengthen the unity of the team. We were actually on a roll, and then this pandemic happened. Everything was silent. But this did not stop us from thinking of ways to keep us together despite the distance.

Grace and I were on a grocery run and we were looking at video being done by different groups on social media. These videos inspired us to come up with something different as a company. By this time, the government has announced the transition from MECQ to GCQ and our lives need to restart despite the existence of COVID-19. So we [asked]… what can bring us all together again and send a message of encouragement in facing the “new normal” to everyone who willing to listen? And so, we decided to sing as a company.

How many people participated?

We asked everyone to participate. The directors, producers, production, people from finance, admin, equipment, and post-production. And yes, including our chairman, Mr. Tony Gloria. Judging from the video, you know that Mr. G was into it. All 50 plus of us were into it.

Editing was the biggest challenge. Our editor, Ike Veneracion, took inspiration from all the video of performing artists, stage musical artists to daily talk show hosts, who managed to put out amazing performances despite the limitations of the video chat format. Editing our video was extra challenging because not everyone in the video actually knew how to sing, let alone perform in front of the camera. Most everyone works behind the camera, not in front of it.

[But] with this video, a different side of our people had been revealed. We were not only singing to other people; we were singing to and for each other.

How did you choose the song? And what message was imparted through your in-house video?

When it came to the choice of song, we consulted Ike, who came up with the song “You Gotta Be” by Des’ree. If you listen to its message, it actually talks about being brave, bold, and tough amid all challenges we face. We asked the help of WonderCollab to put the music together and give it a different spin. And bonus is they actually filmed themselves playing instruments inspired by Jimmy Fallon and his band, The Roots.

How is the production business these days?

You know the 5 stages of grief, right? I think we are in the acceptance stage.

It has been quite tough because we had to let go or park a few of our projects. While we all feel the economic effects of the pandemic, we are also thankful for the jobs that have come our way. But we’ve accepted the fact that there is going to be a slowdown in production. We are in constant communication with clients, agencies, colleagues, and freelancers on industry developments and we are bracing for what is at hand.

We also accept the fact that we need to restart, not only for ourselves or for our businesses, but for those who rely on the industry for work — the freelance workers and the production crew. We know the risk but we know we need to deal with it. So from here on, we need to remind ourselves to be mindful on how we do things — from script to production to output.

To manage the risk, on the side of the production group, a lot of preparations have been done to put protocols in place — as an industry and in all areas of production. These protocols were made in collaboration with different guilds and stakeholders. We have also studied the protocols that have been made by other countries and applied to what is possible for the Philippines. These protocols have been cascaded to everyone.

Of course, we can only test this once we shoot and put all these in place. This is also the reason why the production companies also agreed that we need to share experiences and lessons learned. There must be an open line of sharing what works and what doesn’t work. It’s like going back to basics.

You recently produced a Smart TVC with Hyun Bin… what was that like?

This project makes me smile a lot. As a huge K-drama and Hyun Bin fan, I had been totally blown away when it was revealed that Captain Ri was going to be the talent. And I say this over and over, I am just so thankful and grateful to Smart, Grey Manila, Janet Barbara, and her producing team, for entrusting us with this project.

On the side of production, we tied up with a highly recommended production company, called Museum Contents, to pull this off. We all wanted to be in the shoot. (Who wouldn’t want that?) With the travel ban, it had been impossible to do so. So the next best thing is to create a solid plan with our Korean counterpart in mounting the shoot while the Manila team monitored the shoot [remotely].

As UXS, we’ve shot a few spots during the pandemic using the remote system, but this was a totally different experience. With no Filipino on-ground, we had to rely on solid pre-production agreements (created after several meetings) and the efficiency of our Korean team to make everything clockwork. Apart from watching Hyun Bin do the spot, it had also been amazing to watch the production team do the shoot within the hours, conditions, and the creative direction is given. So much is learned even if you are just watching them remotely. And we are thankful that we have partnered with them.

Right now? I am on cloud nine and just really looking forward to meeting Hyun Bin in person, without physical distancing. 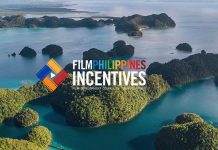 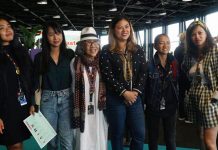 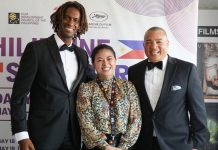