SINGAPORE — According to the Bloomberg Innovation Index for 2020, Singapore is the 3rd most technologically advanced nation in the world. With blistering connection speeds and top-class penetration rates, it’s easy to see why.

These conditions create the perfect environment for social media platforms to rapidly flourish. As an example, from 2017 to 2021 alone, the number of social media users in Singapore saw an 11.2% increase.

This translates to 4.96 million social media users as of January 2021. As large as this total already is, the number of users is still growing.

To put things into perspective, we’ve pulled together this handy graph, which includes hard data and projections for social media users in the years to come. This growth is due to the constant advancement that Singapore sees in terms of connectivity and social media. In the future, it is possible that the country could achieve a near 100% connectivity rate.

88.7% of Singapore’s user base uses YouTube on a daily basis for general media consumption. According to surveys collected between 2016 and 2017, 45% of Singaporeans prefer YouTube to traditional TV shows. For pure online communication, 87% of users prefer to use WhatsApp as opposed to other platforms such as Messenger and WeChat. This technically makes WhatsApp the 2nd most popular social media platform in Singapore.

But, if one sets aside WhatsApp strictly as a communication platform, then the 2nd spot would fall to Facebook. The top spot, however, belongs to YouTube earning a total of 152 million visits in December of 2020.

With 4.4 million Singaporean users, YouTube has the largest number of users among all social media sites. Facebook falls behind by a small margin with 4.06 million users.

This fact is most likely a result of the differences between Facebook and YouTube’s intended roles. The former was originally intended to be a networking site, while the latter was created for media sharing and consumption.

As time passed, both sites have come to share various features that attract users in unique ways. One such feature is “stories”, which are essentially 10 to 30-second portrait videos that can be recorded and edited on the go. The use of stories was originally popularized by another social media app known as Snapchat. In recent years, however, the number of Singaporeans using Snapchat has decreased dramatically.

This change can be attributed to the rise of the video-based social media platform TikTok.

Having amassed a global user base of 1.5 billion people in just 3 years, TikTok has grown exponentially.

During its growth, this platform has gained over a million users in Singapore. And in the process, it has captured the attention of the island’s younger social media users.

Among Singapore’s 4.96 million users, 72.8% access social media solely through their mobile phones. This makes sense since the country has over 8.5 million mobile connections or 1.45 per person, which is the highest mobile penetration rate in the world as of 2020.

Ultimately this translates to 145% of Singapore’s population, meaning many people own more than one mobile device. The number of users drops significantly when you filter out those that strictly use laptops or desktop computers.

From 72.9% the number drops to 1.2% for laptops and desktops. This speaks to the convenience that mobile phones provide in terms of social media access. Social Media Users By Age
Based on studies conducted for the year 2020, the majority of Facebook users in Singapore are between the ages of 25 and 34. This group of users accounts for 34.7% of all Facebook users on the island.

Surprisingly the second largest age group to use Facebook is not teenagers, but rather middle-aged users. According to the same study, 22.3% of users are between the ages 35 and 44.

These two age groups are made up of people who were in their teenage or adolescent years during the rise of Facebook. As a result, they are the users who are most familiar with the classic social media platform.

Singapore’s teenage demographic belongs largely to alternative platforms such as YouTube and TikTok. These two platforms stand out from the crowd due to the fact that they are mainly video-based.

All in all, 90% of YouTube’s users reside in the 16 to 34-year-old age group. These younger users lean towards YouTube since most videos can be watched almost anywhere via phone, tablet, or laptop.

Along with this, teenage users make use of YouTube due to the presence of various content creators in the same age bracket. Whether it’s music, blogs, video games, or live streams, younger users usually tune into the platform for the express purpose of entertainment. The third most used platform, Instagram, also shows a similar situation in terms of user age ranges. Taking all the data into account 85% of Instagram’s Singapore crowd is between 16 and 24 years old.

Based on a global survey from Crowd DNA, 52% of Instagram users prefer the app due to the sense of community it fosters. Another 53% also stated that the app helps them define who they are.

These numbers speak to the influence that such platforms have nowadays. But what’s even more surprising is the number of users that use Instagram to essentially document their lives.

A whopping 63% of surveyed users said that they used the app to record important milestones and experiences. Along with this, nearly 3 out of 4 users said they posted images every month.

In many ways, Instagram has become the modern equivalent of a scrapbook or personal photo album. One that users can share with the world as a whole at the mere tap of a screen.

Though not as popular as YouTube and Instagram, TikTok has also managed to captivate much of the island’s younger audiences. This up-and-coming platform places emphasis on portrait-format videos made by various users.

In the US, 41% of users on TikTok were aged between 16 and 24 years old. For Singapore, a similar portion of teenagers also spends the majority of their time on the app.

There has yet to be a definite figure for the percentage of teenagers among Singapore’s 1.35 million TikTok users. But, given the platform’s exponential growth, it is likely that the country will see numbers equivalent to, if not exceeding, those put out by the US social media crowd.

With its unrivaled reach, connective capabilities, and daily use, social media has become a true part of modern life. But, unexpectedly as a result of this integration, these platforms have also created modern dilemmas.

Social Media Abuse in Singapore
When people share their personal information on a wide and unfiltered level, the opportunity for misuse arises. On many social media sites like Facebook, users are experiencing virtual harassment known as cyberbullying.

Unfortunately, cyberbullying often occurs to younger Singaporeans who lack the knowledge to deal with these occurrences. Based on a survey by Talking Point, 3 in 4 young Singaporeans have experienced cyberbullying.
Of these victims, only 3% will inform their parents or guardians of the incident. When asked “why”, the users often avoid sharing the incident for fear of being dismissed or reliving the unpleasant ordeal.

These experiences will only escalate as the number of social media users rises in the future. To properly address this growing issue, users should be educated on the effects of cyberbullying as well as the steps to avoid it.

Data provided by Ditch the Label has identified the platforms with the highest levels of cyberbullying: Across all of these platforms, the majority of victims are either children or teenagers. Based on the same survey, globally 87% of young people have either seen or experienced cyberbullying firsthand.

To better understand the effects of these online interactions, researchers also conducted studies on children and young adults: The majority of victims developed depression or a form of social anxiety. In a way, the unregulated use of social media has ironically resulted in users shrinking away from social interactions altogether.

Aside from harassment, Singaporeans also face a growing number of cyber scams staged from various social media platforms. Most of these scams occurred on Instagram and Facebook through identity theft and impersonation. In 2019 these scams were relatively rare with only 83 reported cases, but in the first half of 2020 alone, the number rose to a whopping 1,175 cases. A big contributor to the rise in scams is believed to be the isolation, uncertainty, and fear caused by the COVID-19 pandemic.

As of April 2020, the largest sum of money taken in a single social media scam was $367,000. This money was taken after the victim passed personal bank account details to an impersonator through Facebook Messenger.

Collectively, Singaporeans lost a total of $1,974,000 from 2019 to 2020 because of social media scams. Currently, the Singapore police and the National Crime Prevention Council are taking measures to educate the public on these scams.

These measures come in the form of an anti-scam campaign dubbed “Spot the Signs. Stop the Crimes”. This campaign will focus on teaching users how to spot scams as well as how to better protect private information.

Be it cyberbullying or cyber scams, a user’s main defense against social media abuse will always be education. Older users will benefit greatly from learning how to identify possible scammers on social media platforms.

On the other hand, younger users will be much more prepared by learning about cyberbullying as well as how to deal with such occurrences. With more informed users, Singapore may see a reduction in social media abuse as a whole.

Ultimately, though some dangers exist side by side with it, social media presents a unique and revolutionary way for Singaporeans to communicate with each other and the world at large.

These platforms have truly shaped the way people think, act, and live in the 21st century. Used properly, social media may yet help the island nation develop far into the future.

Campaign Spotlight: Heineken teams up with Daniel Craig and Publicis to celebrate release of No Time to Die 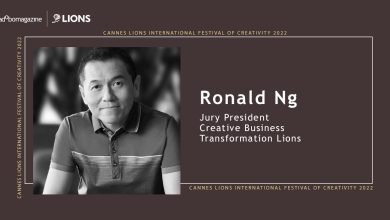 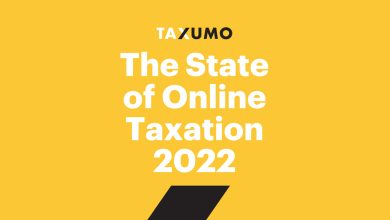 Intelligence: Taxumo’s ‘2022 State of Online Taxation’ reveals the impact of ‘great resignation’ in the Philippines 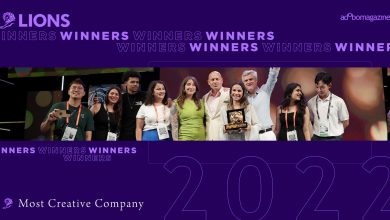 Cannes Lions 2022: Check out the full list of special awards — Ogilvy, FCB, and DDB Worldwide win Network of the Year