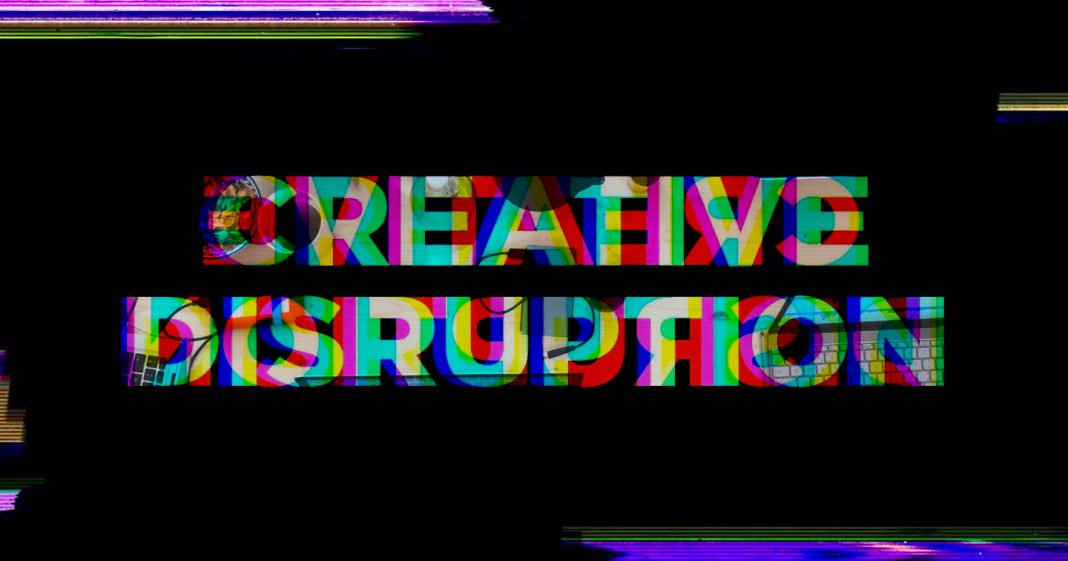 MANILA, PHILIPPINES – Creative Disruption is a phrase originally attributed to TBWA’s founder, Jean Marie Dru, who made it the core philosophy of his agency to disrupt the marketplace with creative ideas that fundamentally reframe & change the marketing playing field to the advantage of the disruptor brands.

Yet over the last several weeks, the world has seen a disruption of unprecedented scale not seen since the last world conflicts of the 1940s. The prolonged enhanced community quarantine put in place in the Philippines and many other countries have led to a real disruption of economic activities in many sectors, including the creative sectors.

In a Business World feature dated April 16th, The Philippine Institute for Developmental Studies (PIDS) released the results of its survey that estimated the scale of economic disruption to be between P276 Billion (Best Case) to P 2.5 Trillion (Worst Case). The PIDS survey detailed estimates from different sectors such as Manufacturing, Retail, Services, Services, Financial Intermediation, Agriculture, etc. Unfortunately, the scale of disruption specific to Creative Industries is not reported in this article.

In a crisis period such as this, the lack of visibility on the magnitude and state of creative industries makes the sector vulnerable to being deprioritized when it comes to short term aid, subsidies and recovery funds that will be essential for the community to rebound.

In an effort to understand the scale of impact on Philippine creative industries, CECP has been collating qualitative stories and a few quantitative surveys in the hopes of bringing the needs of the sector to the attention of government stakeholders. At this point, I do not feel confident at having robust quantitative data, but I will attempt a qualitative summary of the various creative sectors from what I have read and feedback I have personally received so far.

For Arts & Crafts, the disruption comes in the form of cancellation and postponement of art shows as well as crafts fairs. While Art Fair Philippines was able to complete its annual show in February, Art in the Park had to be cancelled even before the ECQ was officially announced. For Crafts, while the major trade shows such as Manila FAME, MaArte and Artefino are usually scheduled for the 3rd or 4th quarter of the year, already some organizers are prudently announcing postponements. The closure of all museums and art galleries, as well as the cancellation of all tourism travel have also put a halt to sales of art and crafts. Being a Baguio resident and a board member of the Baguio Arts & Crafts Collective Inc. (BACCI), the Covid-19 crisis has already wiped out all the projected earnings of the Arts & Crafts sector for the most lucrative time of the year – Panagbenga in February to March and the Summer months of April & May. Thus BACCI is looking for ways to help the Baguio Arts & Crafts Community survive the long rainy season that is to come.

Creative Services and Media, such as Advertising, Broadcast Television and Digital Media, while affected by the restrictions of the Enhanced Community Quarantine, are largely able to cope with the situation. TV, Radio, and Digital Media continue to provide essential news as well as air pre- produced shows for the public, supported by advertising from brands.

David Guerrero, Chairman & Chief Creative Officer of BBDO-Guerrero and current President of the Association of Accredited Advertising Agencies Philippines (4As Phils) says that after an initial adjustment period to work from home arrangements, advertising agencies in general have been very busy responding to briefs from their clients to create agile advertising that respond to the crisis. Great advertising work such as the “Smile” campaign of the Department of Tourism and the Frontliners Tribute campaign of Vicks were developed against the odds of lockdowns and quarantine.

Yet, this is not to say advertising and media are not affected. Several advertising agencies have announced cost saving measures to ensure continuity of employment for their staff during this period. The Advertising Suppliers Association of the Philippines has also announced a suspension of all productions shoots as well as much of post production. They have also issued an appeal to clients to accelerate payment for projects completed prior to the lockdown. Furthermore, there have been more than a few advertisers who have decided to pause advertising because of the lockdown (travel, entertainment and restaurants for example) or because the companies decided to reallocate advertising spend to donations (like Coca-Cola and Ligo). The scale of advertising cutbacks will only be fully appreciated by the end of April when ad placement data becomes available.

In contrast to Television, the Film Industry is badly affected as it has been hit by a double whammy because both production and theatrical expositions have been suspended. For this reason, the Film Development Council of the Philippines acted very quickly to provide assistance to film and audio-visual freelance workers through their Disaster/Emergency Assistance & Relief Program (http://fdcp.ph/dear-program). This program is designed specifically to assist film and audio-visual workers with between P5,000 to P8,000 financial assistance if they show proof of disrupted projected during the ECQ period.

Just like the FIlm Industry, Performing Arts & Live Events have also been dramatically affected. All theater and concert productions have been cancelled. As actors and production crews are paid by rehearsal and performance days, many in the theater and music industry have been left without any source of income. For this reason, the theater community launched an initiative called OPEN HOUSE, an online fundraising project by Artists Welfare Project, Inc. together with Philstage, Theater Actor’s Guild, SPIT and Third World Improv, in cooperation with Ticket2Me, for the benefit of the performing arts community.

The Philippine Animation Industry which does majority of its work for overseas clients such as Disney & Cartoon Network has likewise been badly affected both by projects that have been postponed and the inability to operate out of their animation studios due to the lockdown. Animation Council of the Philippines President, Miguel Del Rosario, says all the major animation houses have suspended operations. While some of these Philippine animation studios are still trying to service active projects through work from home arrangements, access to quality bandwidth and proprietary animation software is making work from home very challenging. These factors mean the animation studios are performing at less than 20% of their usual production capacity, which if prolonged, means risking the fulfillment of current contracts.

Finally, and perhaps most importantly, are the Creative Freelancers. A creative freelancer is a technically skilled person who is self-employed and is not contractually committed to a particular employer long-term. Creative freelancers are paid by the hour, day or by agreed project deliverables. The Freelance job market is also known as the “Gig Economy”.

Every creative industry depends on creative freelancers to varying degrees. When I worked in the ad industry as part of the Publicis Group, freelancers would account for about least 15 to 20% of all the creative work done. In other fields such as Film, TV and Audiovisual production, majority of workers would actually be paid per project. For performing arts and music, the permanent full- time salaried worker is actually the exception rather than the rule.

While there is currently no accurate estimate of how many creative freelancers there are, previous reports from Manila Times and Rappler have estimated Online Filipino Freelancers to be between 1.1 to 1.5 Million people based on data from freelancer.com and Paypal.

The Creative Freelancers perhaps have been among the most badly affected by the crisis because disruption of projects means a complete cessation of income. There are no regular salaries to rely on.

Jodee Aguillon, who runs the Pineapple Lab Creative Hub and Fringe Manila Festival, launched a web-based survey ilostmygig.ph to estimate the losses of Gig Workers. The survey was answered by about 300 respondents who reported total losses amounting to a whopping P56 Million just for the ECQ period. The lost gigs affected 2,633 people (the respondent and their project teams) with an average lost income of about P21,000 per person. According to Jodee, most of the people who answered his survey came from performing arts and events production.

For Digital Freelance Workers, AJ Dimarucot, founder of the FilipiNomads Creative Freelance Facebook Community, conducted a survey amongst the online freelance community as well. Based on 334 responses, prior to the ECQ, 81% of respondents earned between P6,000 to P60,000 with less than 3.6% earning at the lowest income level of below P5,000/month. Since the ECQ, the proportion of people earning less than P5,000/month has ballooned to 53%! With majority of Freelancers being breadwinners, the disruption to online freelance creative work is significant.

As an attempt to summarize the various stories, anecdotes and surveys I’ve seen so far, I’ve “borrowed with pride” an analysis framework done by Board of Innovation which looked at 5 factors to assess the likelihood of an industry to bounce back quickly from this Covid-19 crisis. These 5 factors are:

I then used the Philippine Culture Statistics Framework to map out how the different creative & cultural sectors would be affected, giving a rating of 5 for most severely impacted, to 1 being least severely affected.

The summary of my analysis is in the data table here: CREATIVE INDUSTRIES IMPACT

To summarize, Cultural Creative Sectors (Cultural, Performance, Arts) will be badly affected while Commercial Creative Sectors (AV Broadcast, Digital Media, Creative Services) are more likely to bounce back. For all sectors, there is urgent need to reinvent business models and pivot to “Low Touch” digital channels and delivery systems in order to survive.

This analysis of course is subjective in nature, though I did base it on all the information and feedback I’ve received so far. I can provide the full excel table behind the analysis to anyone interested in collaborating to check/correct the assumptions I’ve made per industry.

I’d like to close this lengthy piece with an anecdote of hope. An often quoted Chinese proverb states that with every Crisis there is both Danger and Opportunity. More than 20 years ago, when the 1997 Asian Financial Crisis devastated economies all over the region, South Korea’s industrial chaebols were not spared from restructuring, resulting in massive job losses. There was urgent need to find new areas of economic growth.

Thus in the midst of the crisis, South Korean President Kim Dae-Jung laid the foundation for for what would become known as the Korean Hallyu (or Korean Wave) by refocusing the economy Innovation and Cultural “Soft Power”. Today, Korean tech brands such as Samsung rival the best of US and Japanese brands, while Korean music, TV shows and movies have achieved both massive global sales as well as creative recognition.

So my hope is that in the middle of this crisis, Philippine Creativity finds a way not only to survive, but also to reinvent and thrive in the New Reality that is bound to face us in the post crisis world. 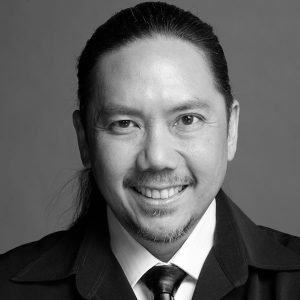 Paolo Mercado is the Senior Vice President for Marketing, Communication & Innovation at Nestlé Philippines. He is also the Founder and President of Creative Economy Council of the Philippines, and adobo magazine‘s resident columnist. 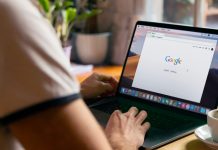 Insight: India has the highest search engine market share of Google at 94% 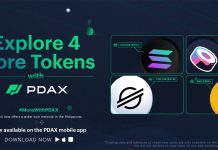 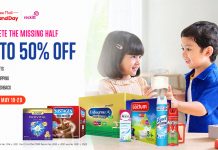 Brand & Business: Complete the Missing Half: Up to 50% off on Enfagrow Four, Lysol & More during Shopee Super Brand Day!

Campaign Spotlight: OBOS knows that home was not built in a...