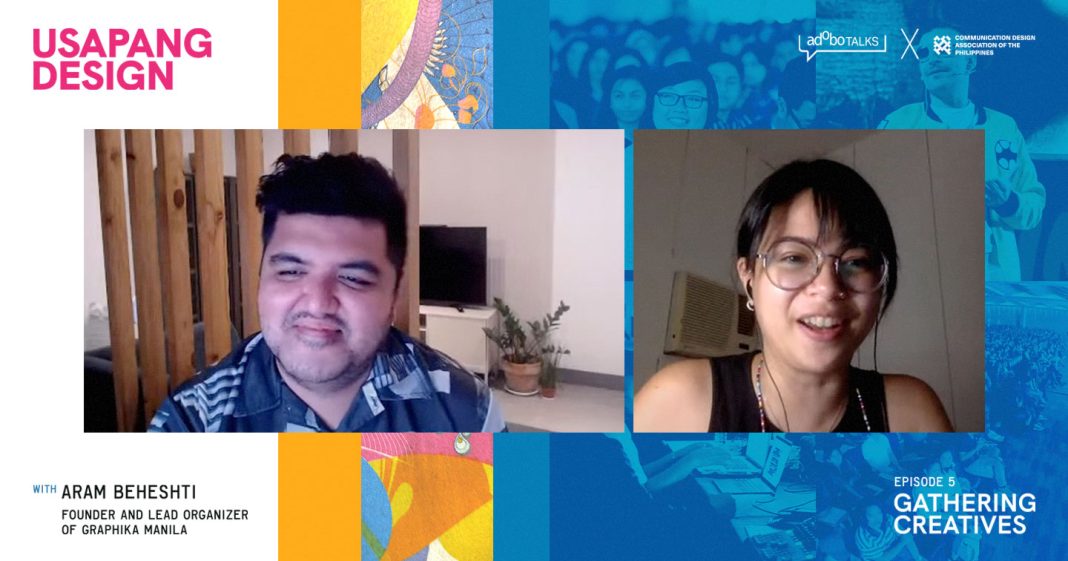 MANILA, PHILIPPINES — Missed opportunities are not something we want to regret one day, and in the words of Aram Beheshti, ‘If you think there’s an idea you have that could work, just give it a shot.’

In the latest episode of adobo Talks x Usapang Design, Founder and Lead Organizer of Graphika Manila Aram Beheshti talks about gathering creatives for the ‘Asia’s most influential creative conference.’

#Events #adoboTalks: We are back for a new episode of #UsapangDesign. In this episode, Aram Beheshti of @GraphikaManila, takes us through the inner workings behind Asia’s most influential creativity conference.

Attended by over 400,000 creatives all over the Philippines, Graphika Manila has been around for 17 years and has brought 143 speakers on stage to inspire and spark creativity. While everything has a story of its origin, Beheshti shares that it all came together after he and his then-girlfriend, now wife Ella attended DesignEdge, a conference organized by IdN magazine in Singapore way back in 2005.

Describing it as a ‘refreshing conference’, Beheshti turns back in time and remembered leaving the conference inspired. Beheshti says, “Most of the speakers there were just telling stories and talking about what got them into doing what they’re doing. I left there very inspired and not necessarily bored. On our way back, I remember having this talk with Ella ‘Why can’t we have something like that back in the Philippines?’”

After presenting the idea to several events companies, on December 6, 2006, Graphika Manila came into reality with 600 attendees. Year after year, it grows even bigger that they shifted into bigger venue in 2010 to cater 2000 attendees. After they held their 10th conference in 2014 and with the growth of attendees kept getting bigger and they could already afford bigger speakers, Beheshti and their team shifted into a two-day conference in 2015.

Talking about the process on how they plan each conference, Beheshti shared that they first secure the venue and set the date of the event, then followed by inviting the set of guest speakers to the event; after it, comes the branding of the conference up to the launch.

Since 2006, Graphika’s branding was never mundane due to the fact that they have been collaborating with different artists and studio every year. Asked about how they choose who to collaborate with for the branding, Beheshti tells that he doesn’t have any specific criteria for it and sometimes creatives approach them voluntarily to pitch in ideas for the next conference. Beheshti also says “my only process every year is we give the full creative freedom for the branding as they want because it is somewhere they could showcase their work.”

Planning the event sort of changed since the pandemic happened. Luckily, they were able to continue Graphika in February 2020 but the next two conferences were held virtually. Behesti admits that some people weren’t keen with the idea of virtual conference for 2021, and he says that was their only choice then. But for 2022, Graphika held part one in February and the other part will be held in-person around third quarter. Beheshti says they are considering having still virtual element for the next conferences to cater those who can’t travel to Manila.

Attending conferences is all about learning and having fun at the same time. Beheshti looks forward to in-person events again after the long break. He says “I guess most attendees are somewhat still excited… I think in that aspect, we could still deliver an event that would be appreciated by the community.”

adoboTalks is a series of insightful and educational sessions where we take a closer look at how creativity inspires and unleashes inventive solutions. 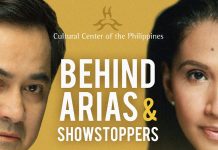 Arts & Culture: Conversations with opera and theater artists in Behind Arias and Showstoppers 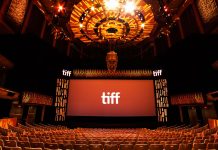 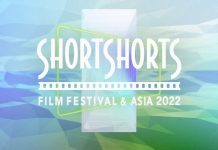 Campaign Spotlight: New powerful campaign by Mercedes-Benz on the reinvention of...

Campaign Spotlight: St Luke’s and Butterkist gets out the popcorn for...