MANILA, PHILIPPINES — Between 7:00 am and 8:00 am every day, Lito Sudario and Peter “Jojo” Montalban would rush to start their days for work. Jojo, a resident of Danao City, Cebu, sells newspapers, while Lito, who hails from Tacloban City, runs a small bicycle repair shop at his home.

Although from different provinces, Lito and Jojo share one thing: they are among the winners in the Siklista ng Bayan category of this year’s Mobility Awards spearheaded by the Institute for Climate and Sustainable Cities (ICSC), The Climate Reality Project Philippines, MNL Moves, 350.org Pilipinas, and Pinay Bike Commuter, in collaboration with the League of Cities Philippines and twenty-seven (27) regional partners composed of civic groups and active mobility advocates across the country.

Announced on November 25, Lito and Jojo finished as second and third placers and will receive P8,000 and P5,000, respectively. Meanwhile, Waquin Corregidor, an emergency responder during Typhoon Haiyan instrumental for the retrieval of a number of corpses in his Tacloban hometown, was hailed as the first placer.

But behind this accolade, the road for Lito and Jojo is not always smooth sailing.

For one, Lito carries with himself the scar of Typhoon Yolanda (internationally known as Haiyan), one of the most devastating typhoons in the country’s recent history, killing 6,300 people.

It is still vivid in Lito’s memory how the typhoon partially damaged their home. At that time, he earned a living by being a cellphone mechanic. He received a Consumer Electronics Servicing training from a technical-vocational institution, making him eligible to engage in this type of work.

“Typhoon Yolanda left a permanent mark in my life,” Lito said in Filipino. “The typhoon almost damaged our entire home and the tools that I use for my cellphone repair job were washed out.”

If there is a silver lining from Lito’s experience, it would be leading him back to his first love: cycling. Since he lost all his tools in the typhoon’s aftermath, Lito decided to work as a service crew at Chowking Robinsons Marasbaras.

In going to work, the Taclobanon would use his bicycle to save on transportation expenses. At that time, he was saving money to buy an aluminum-type of mountain bike – one of his dream bikes.

After a year as a service crew, Lito saved enough money to buy his dream bike. However, another setback happened to him: his employment contract with the company was not renewed, leaving him jobless.

But fortunately for Lito, a close friend from the cycling community encouraged him to try to venture into being a bike mechanic. Since he has a way of fixing bicycles, Lito applied at a local bike repair shop. It was at this bike repair shop that Lito fulfilled his longtime dream of fixing bicycles. While his knowledge about this craft was limited, he compensated for it by watching tutorial videos on YouTube.

“If there are complicated things that I do not understand, I will refer to YouTube tutorials. I learn new techniques from these tutorials, and I would incorporate the things I learn from the tutorials to solve my client’s bicycle problem,” Lito shared.

“I am proud to say that my clients like my work because I do the job really well. Apart from that, I ensure that I build a good relationship with my clients to make their whole experience worth it,” he added.

As Lito already built a good reputation in the bicycle community, he decided to put up his own bicycle repair shop at home, offering cheap services to his clients. According to Lito, the job requires patience because there are bicycle problems that are difficult to address.

“It is important to offer cheap but quality service to clients. In my case, since I am only doing the work at the comfort of my home, I no longer need to pay rent and other utilities, so I decided to charge lower rates,” Lito said.

“It is really my passion to help my fellow bike enthusiasts. This is why I ensure that I get the job done and do it well,” he added.

When he learned about his nomination for the Siklista ng Bayan category, Lito did not think twice about accepting, saying he wants to be a source of inspiration to other bicycle enthusiasts.

“Being nominated is in itself already a victory for me. Making it in the top three is only a bonus, and I am very happy for such recognition,” the bike mechanic said.

According to Lito, he would use the cash prize he received to buy essential specialized tools for his bike repair shop, including cables, shifter cables, and cable stoppers.

Like Lito, Jojo also faced difficulties in his daily work as a newspaperman. But what makes Jojo’s job more difficult is his condition – he is a person with a disability (PWD). In order for him to sell newspapers, Jojo had to use his wheelchair and traverse the busy roads of Cebu City.

“This is the only occupation I know and through this, I’m able to provide for my family’s needs,” Jojo said in Filipino. “My family is my inspiration so, despite my condition, I still persevere.”

Apart from his disability, another problem that Jojo faces is the stiff competition and the advent of technology, forcing newspapers to be irrelevant in daily news monitoring.

“I noticed that the profit I get from selling newspapers started to decrease when cell phones came into fruition. Since cell phones are more handy, people opt to read news through these,” Jojo said.

“It is a sad reality I have to face. But like I always tell myself, life goes on and I should not dwell on the negatives,” he added.

Fortunately for Jojo, he already has loyal customers, so he does not go home empty-handed. Even during the pandemic, Jojo continuously earned money through the help of his loyal customers, who are small business owners.

The Cebuano is also thankful because he has not met any major accidents yet in the exercise of his job amid his disability. For him, the streets in Cebu are generally bike and PWD-friendly.

“Through God’s mercy and the help of kind individuals, I am always safe while delivering newspapers to my clients. The only problem I encounter is when it is raining because it is difficult to go from one place to another,” Jojo mentioned.

After learning of his nomination in the Mobility Awards’ Siklista ng Bayan category, Jojo did not expect that he’d come home victorious. For one, he knows that the competition is stiff.

“I only tried my luck. Thankfully, the organizers chose me, and I am very thankful for this opportunity to share my story with the world,” Jojo said.

With this recognition, Jojo hopes that he would also inspire other PWDs like him to grow to their full potential. In Jojo’s words: “let us not lose hope. There’s a place for us in this world.”

Active mobility is surely for all. Lito and Jojo are true cycling champions and should serve as an inspiration for everyone to pursue their heart’s calling.

At around 7:00 pm each day, these cycling champions would go home to their families and bring whatever they earn from the whole day of work. This time, Lito fulfills his duty as a loving son to his parents, while Jojo takes on the role as the ama ng tahanan.

As they wake up the next day, these two men will welcome a new day for work. But this time with renewed vigor.

Events: Converge through adobo Talks uncovers the secrets of SME owners towards success 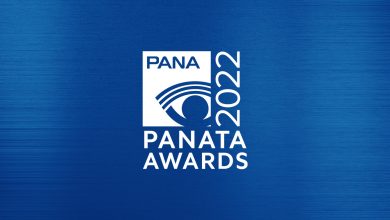 Awards: PANA relaunches a new and improved Panata Awards for 2022 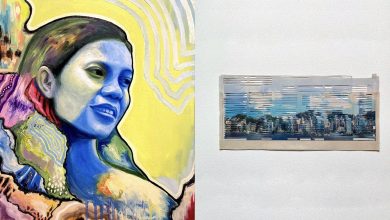 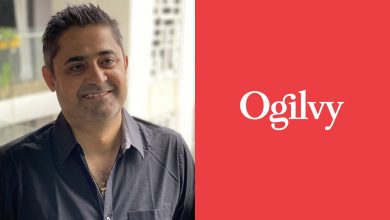 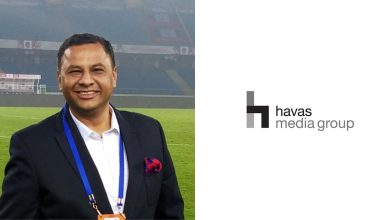