After a break of nearly two years from shoemaking, all-around designer Maco Custodio makes a comeback with his newest and most collaborative shoe collection yet, Lalapatos. Marking his first venture into sneaker fashion, the ever-youthful designer shares how undertaking this project has led him on the path of sustainability. 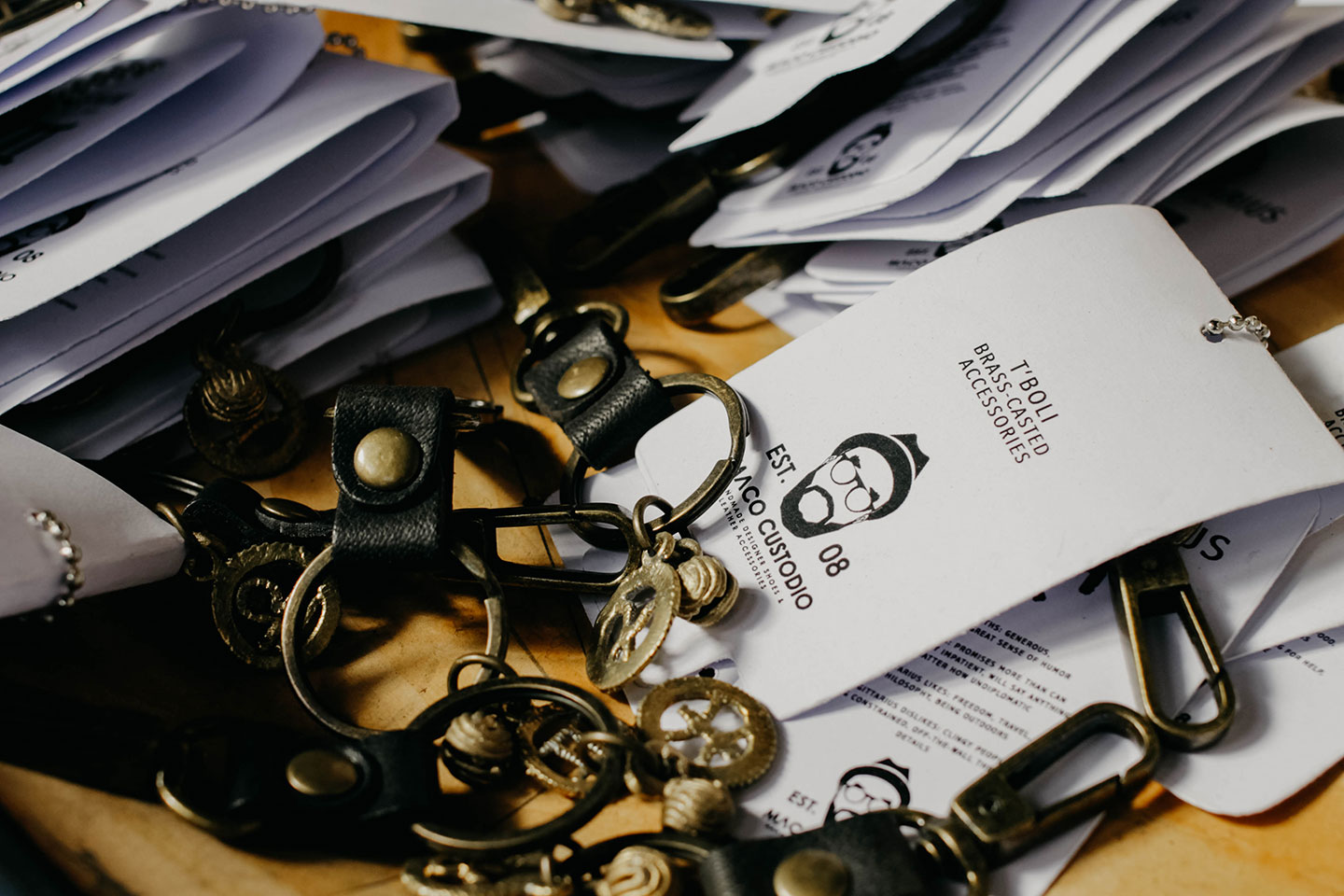 From sheets of leather to bundles of foil, to dust covered boxes, unfinished bags, and various tools strewn across a crowded worktable, no one can navigate through this sea of paraphernalia better than Maco Custodio. His studio, which lies at the heart of Tandang Sora, Quezon City, holds at least ten years’ worth of dedicated work: shoes, bags, hats, purses, wallets, even flowerpots, to name a few. Though Custodio had already made a name for himself in the fashion industry, working with recycled materials like pre-consumed foil, the veteran designer is eager to create more. His mind is always on the lookout for fresh ideas, which might explain the unkempt state of his creative lair. “I don’t really throw [away] anything here,” he says, walking around his studio. “All these things are just here because I’m thinking of ways how to at least use them again.” 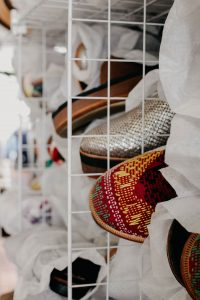 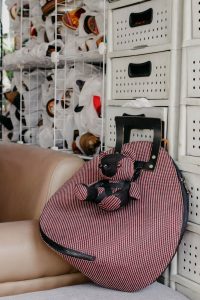 Custodio’s latest shoe collection, Lalapatos, is one example of the designer’s inclination towards upcycling. Made from hand-woven scraps of pre-consumed foil, Lalapatos was made in collaboration with Zapateria, a recently launched co-creation hub in Marikina that connects Filipino shoemakers and designers. In correspondence with adobo magazine, Custodio reveals more about his philosophy as a designer and openly shares a few upcoming plans for Lalapatos in 2019.

A PRODUCT THAT SUSTAINS
Lalapatos marks the designer’s comeback into shoemaking, after being on hiatus since 2016. It also marks his first venture into sneaker fashion, having been more accustomed to creating dress shoes in his past works. For Custodio, creating Lalapatos was the fulfillment of a long-term dream to create a product that intersects all the important stakeholders in his career. “I’ve been really thinking, what product can I make that would be sustainable for me and for everyone I’m helping? I really want to push helping the community, the shoe industry in Marikina, while also supporting foil-making communities in Baseco, and of course, my own life.” 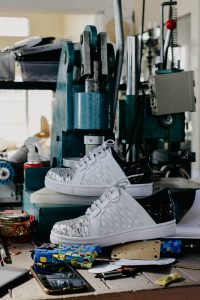 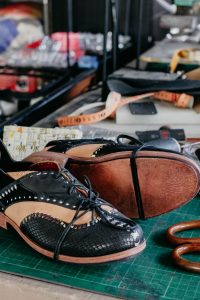 To bring his ideas to life, Custodio sought the help of Zapateria and collaborated with different local communities such as HABI, a community-based in Baseco, Manila where he sourced the needed bundles of pre-consumed foil packaging. He also partnered with a small community of mothers in Rizal, who wove the strips of foil and leather by hand, giving Lalapatos its distinct look. It only took a little over three months for the first batch of Lalapatos to be completed; By October 2018, the collection finally made its soft launch at Manila FAME.

With Lalapatos, the designer hopes not only to sustain himself in the long run by branching out into different categories of footwear, but also the Marikina shoe industry through Zapateria and the livelihood of his partner communities. Although Lalapatos is only set to gain traction this year, Custodio is already knee-deep in preparations for the collection’s launch in trade shows abroad—first in Las Vegas on August, then in Milan on September. “I really feel like this is our time, which is why we’ve been preparing since last year,” he says, excitedly. 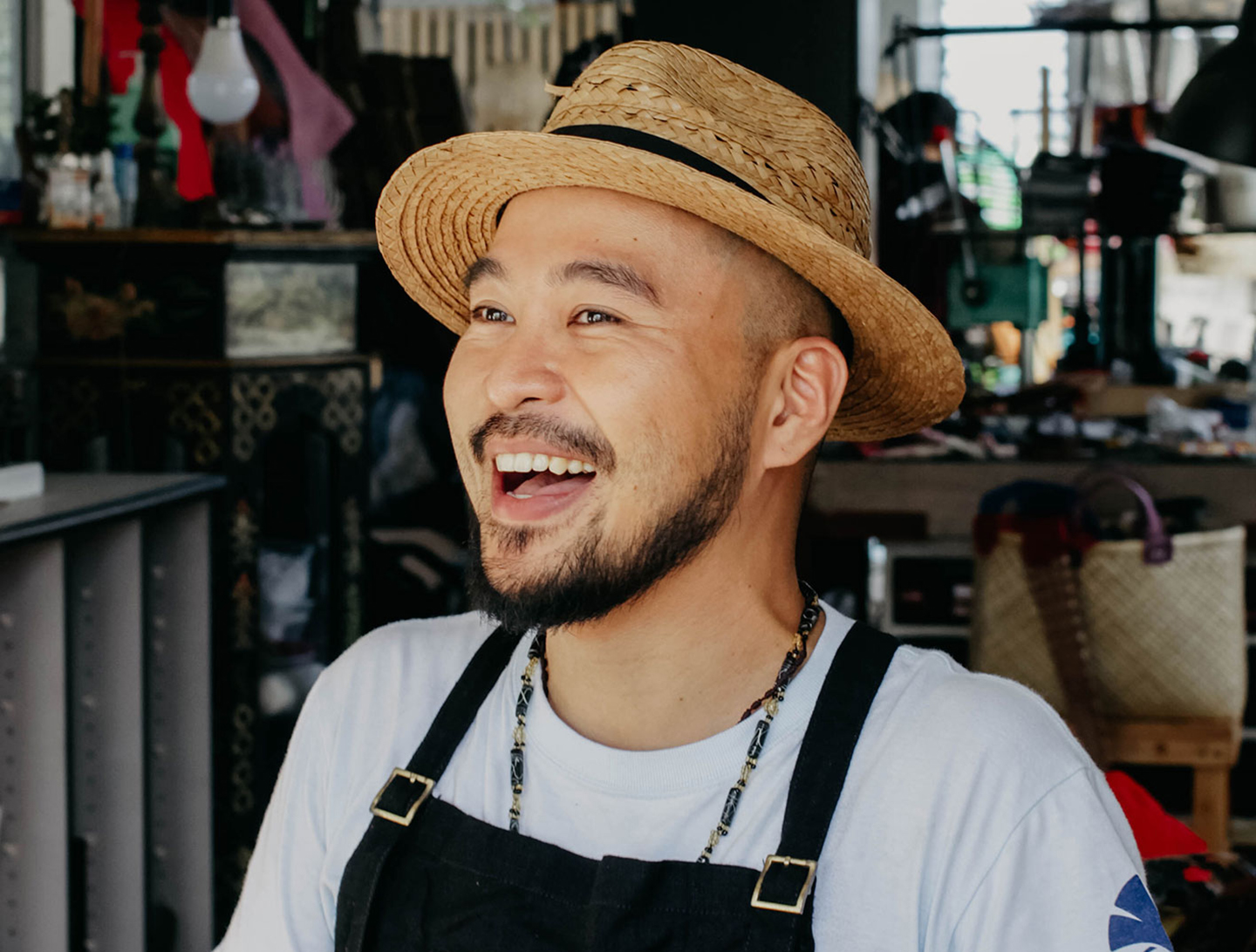 THE VALUE OF UPCYCLING
To continuously challenge himself as a designer, Custodio tries to maximize the potential of a material as much as he can. He confesses to practicing a zerowaste mindset when it comes to surplus materials: If he has excess foil, he would create small flowerpots for housing succulents. If he has excess leather, he would fashion bag tags, handbag accessories, or even necklace pendants out of these scraps and wastes. Though it takes a lot of time and effort for him to create one new thing from another, it is a challenge he gladly welcomes. “That’s how design works,” he says, simply. “That’s what makes [a product] valuable.” Moving forward, the designer strives to always keep his creativity on the path of sustainability, whether by maximizing existing materials through repurposing and upcycling, or tapping into local community talent to sustain livelihoods. As long as ideas are abundant, nothing can stop Maco Custodio from creating products that will not only last long, but can also sustain longterm partnerships across different stakeholders. “Design can change lives. It can cater to a bigger market. Plus, it will put a smile on your face.” 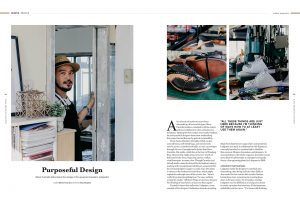 This article first appeared on the 76th issue of adobo magazine: The Creative Economy.

Arts & Culture: CCP and Mulat Sulat Team Up to Promote Inclusivity and Equality with 5 New Books for the 36th National Children’s Book Day 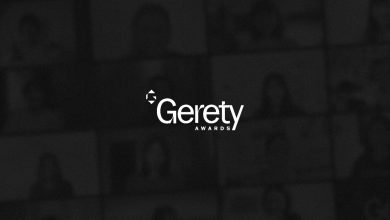 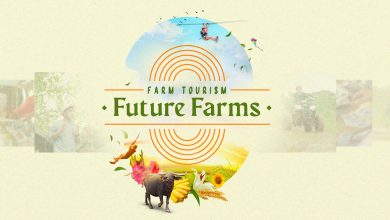 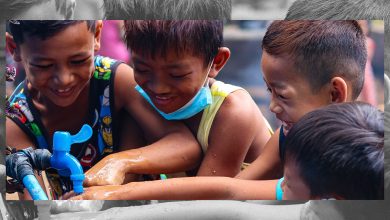 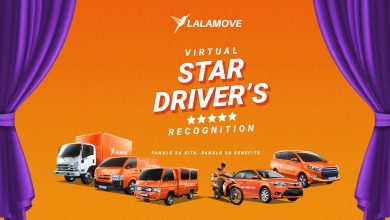